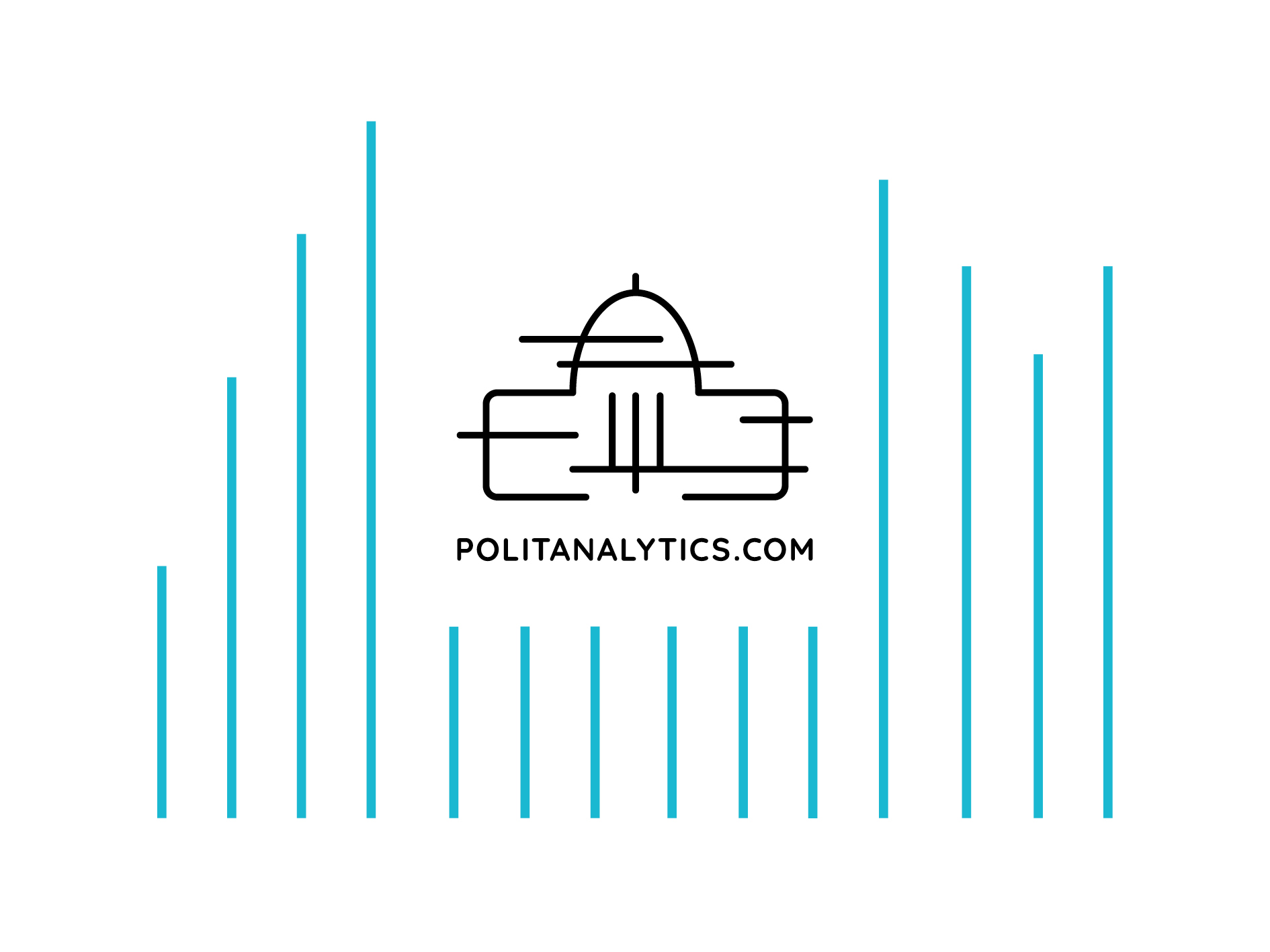 You don’t have a login yet? Make an appointment for a presentation now. 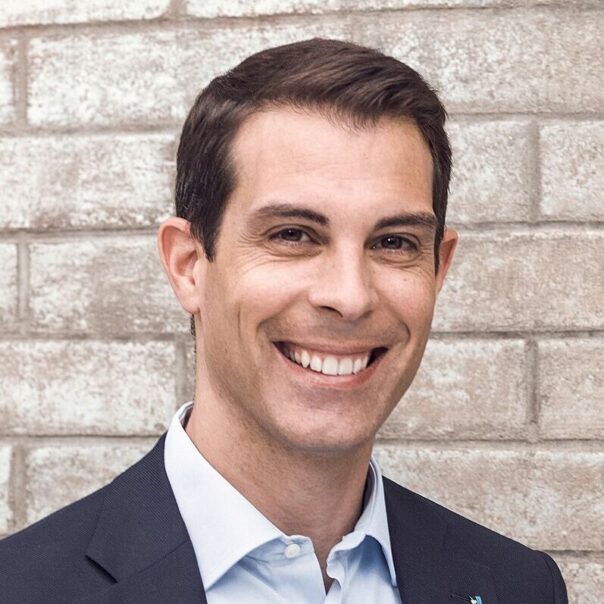 Last Saturday, Thierry Burkart, a member of the Council of States from Aargau, was elected as the new president of the Swiss liberal party FDP.Die Liberalen. Public perception indicates the lawyer belonging to the right wing within the party. We contended whether or how, in light of Burkart taking office, his factional discipline in national votes has changed over time (between 2015 and 2021). To put the data into context, we compared the development of Burkart’s caucus discipline with that of Marco Chiesa, party president of the SVP, and Mattea Meyer and Cédric Wermuth, co-presidents of the SP, all three quite newly elected to their offices. Do prospective party presidents become “tamer” before taking office, and increasingly vote along with the majority of their parliamentary group?

A vote is considered as dissenting if it does not correspond to the majority of any factions. All data are extracted from politik.ch. In the case of Thierry Burkart, it can be observed that his share of dissenting votes was significantly higher compared to the other party presidents. On average, around 7% of all his votes deviated from the majority, whereas for Marco Chiesa, before his presidency, an average of 5.5%, and for Cédric Wermuth and Mattea Meyer, before their presidencies only around 2% of the votes did not correspond to their parliamentary groups’ majority. However, it is striking that in 2020 Burkart voted in only 0.64% of all his votes against his faction which is just about 10 times less often than in the five years before. For the current year 2021, a more adapted behavior is also measurable.

Marco Chiesa, SVP, also shows a decrease in dissenting votes one year before taking office. However, it is interesting to note that in his first year in office, he voted against the majority of the parliamentary group more often than average: 10% dissenting; however, the voting behavior in the Council of States is generally less characterized by party and/or faction discipline; check out our various examples from the past (in german). For the current year, however, a higher alignment is very visible. Since Wermuth and Meyer had already voted very closely aligned with the majority of the Social Democratic group over the entire period, and thus had a fundamentally high level of factional discipline the trends here are less clear. Although Wermuth shows a slight decline in the years before and in the first year of his presidency, Meyer only shows a slight decline in 2020, i.e. while in office. For the current year 2021, the two Social Democrats behave highly adapted to their party.

To sum it up we may state an increase in caucus discipline when approaching the office of party presidency, though there is a difference in the degree to which it is pronounced: this picture is strongest in the case of Thierry Burkart, especially in 2020 when he showed significantly higher voting discipline – if he already knew he would achieve a more distinct position? It remains to be seen how he will now behave in office. 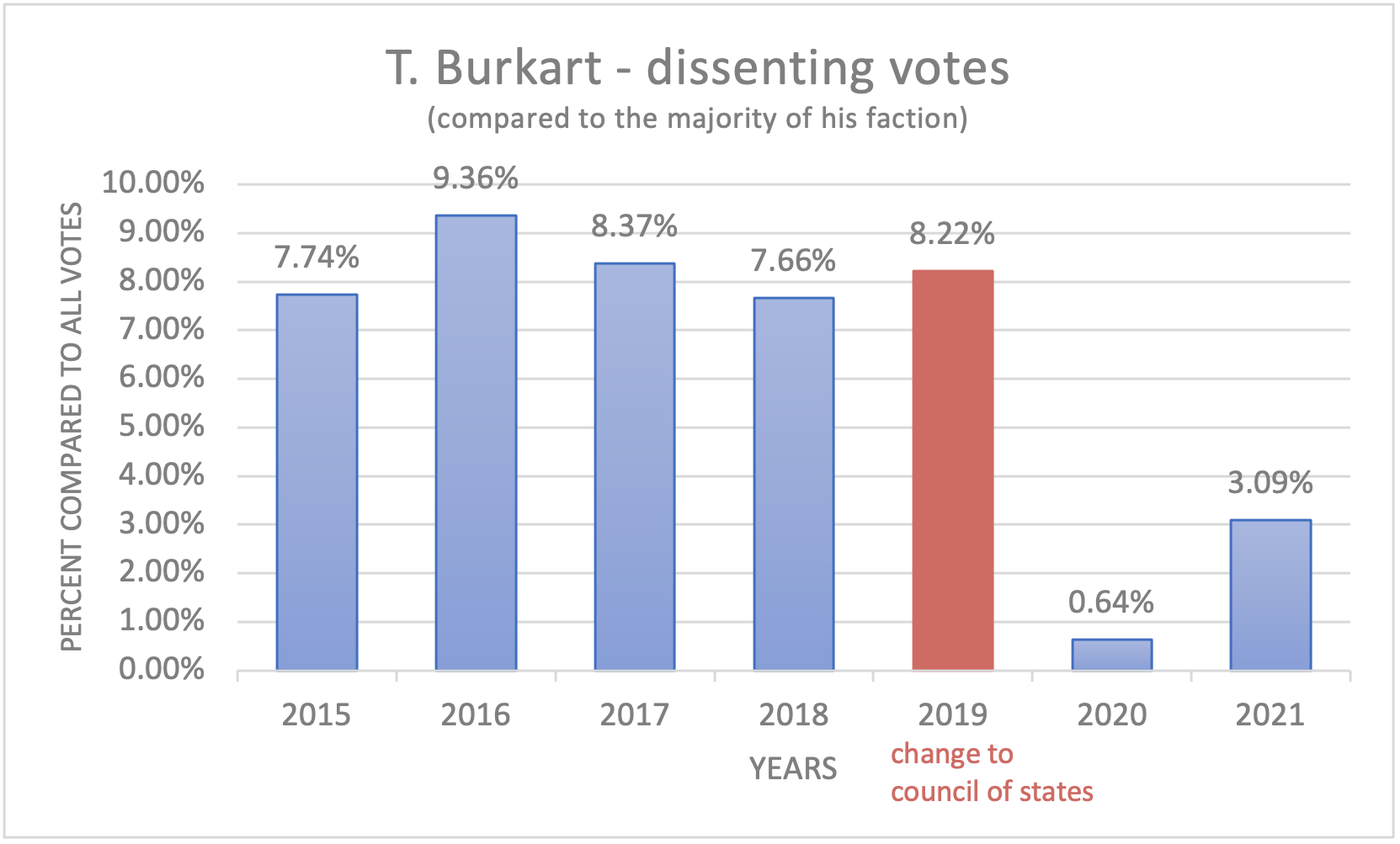 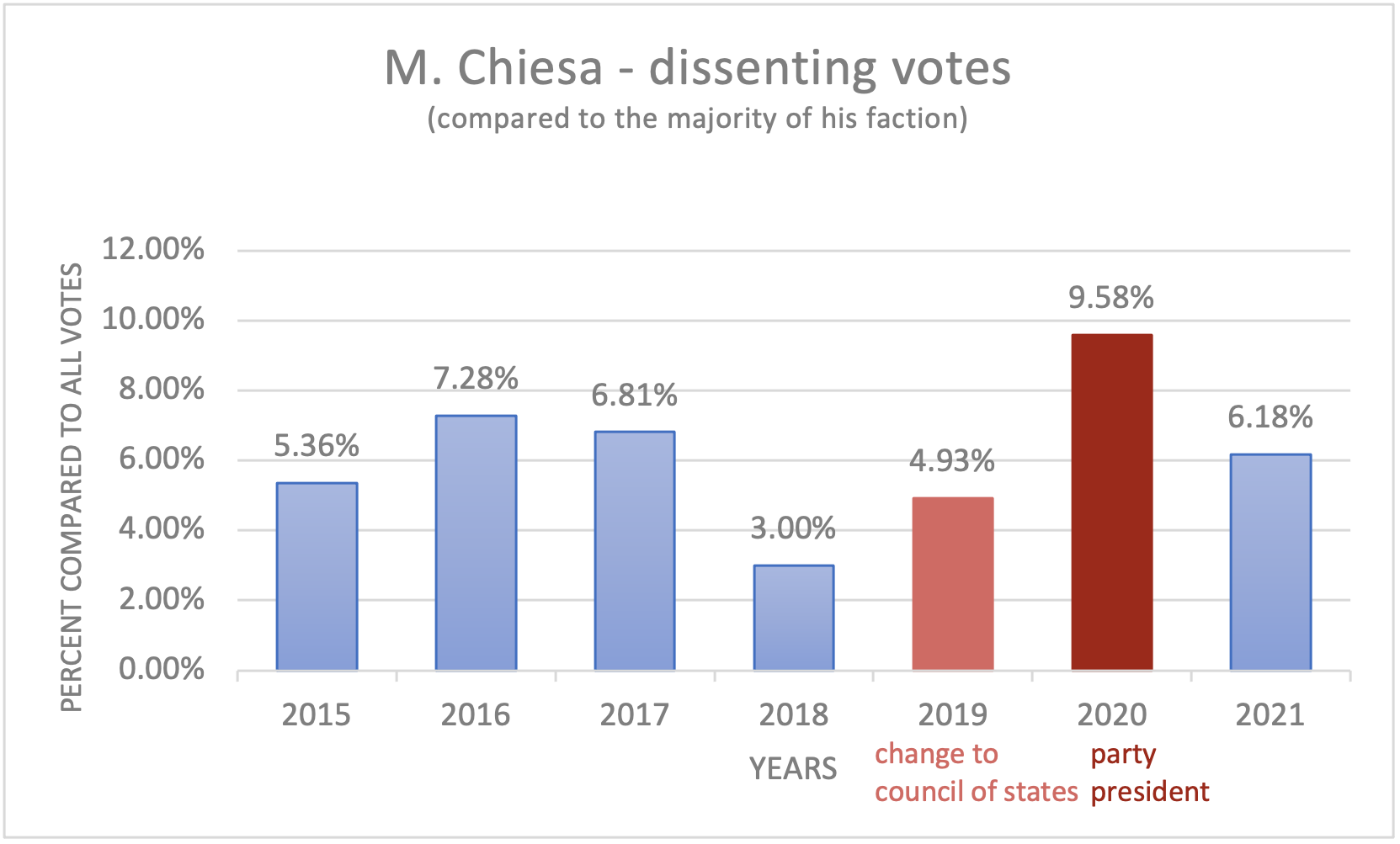 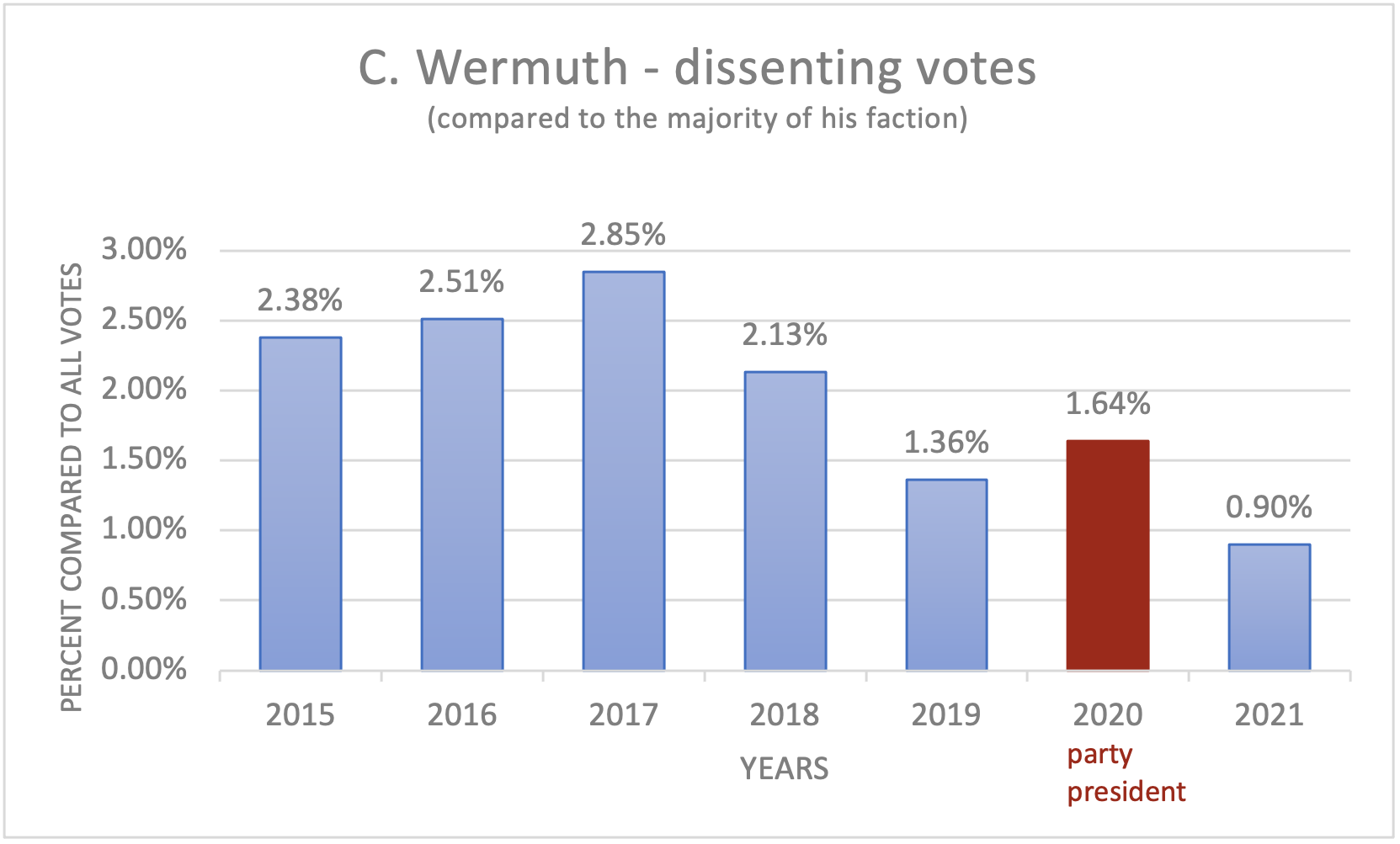 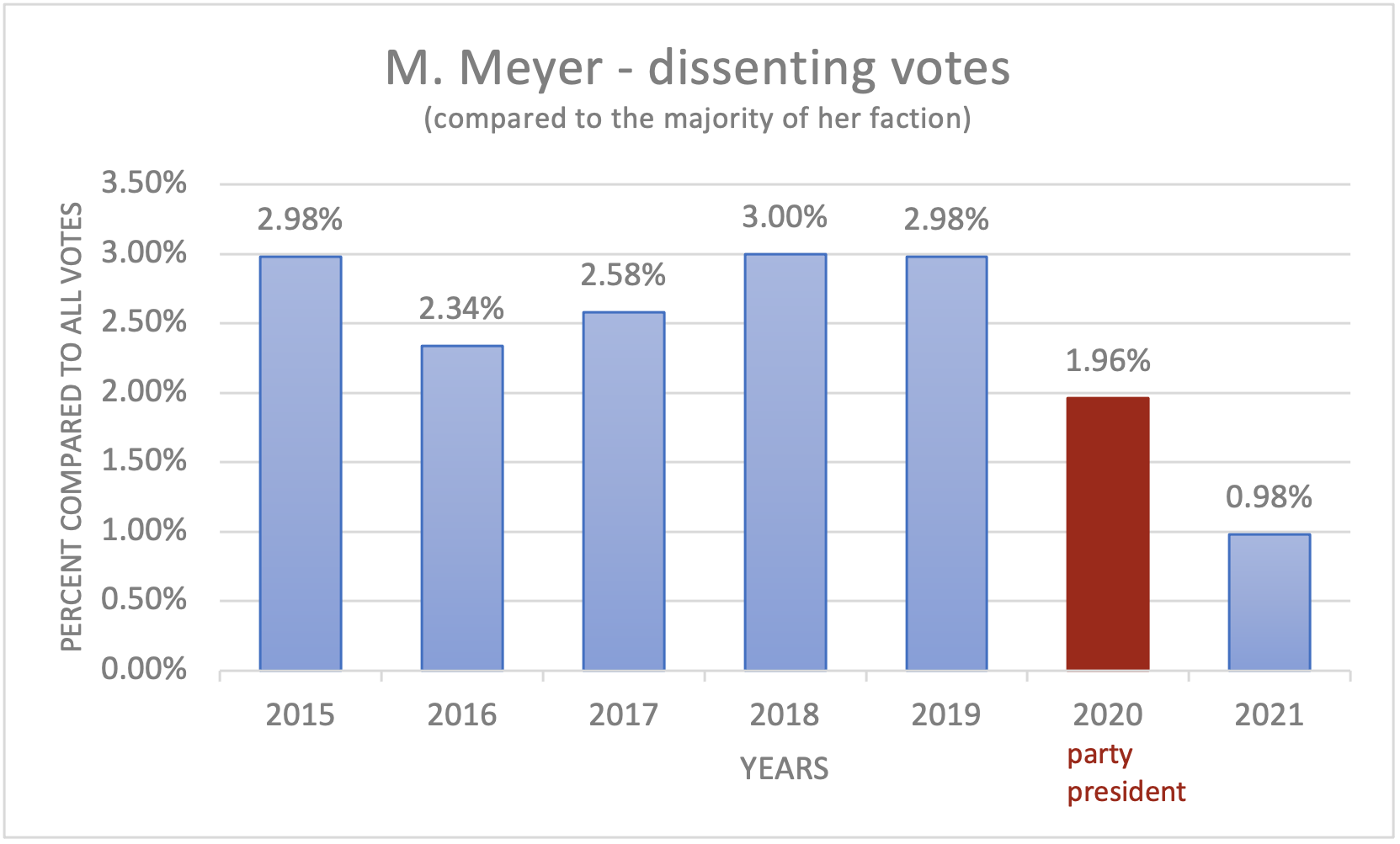 Feel free to contact us for a presentation appointment – of course, possible at any time online and via video. 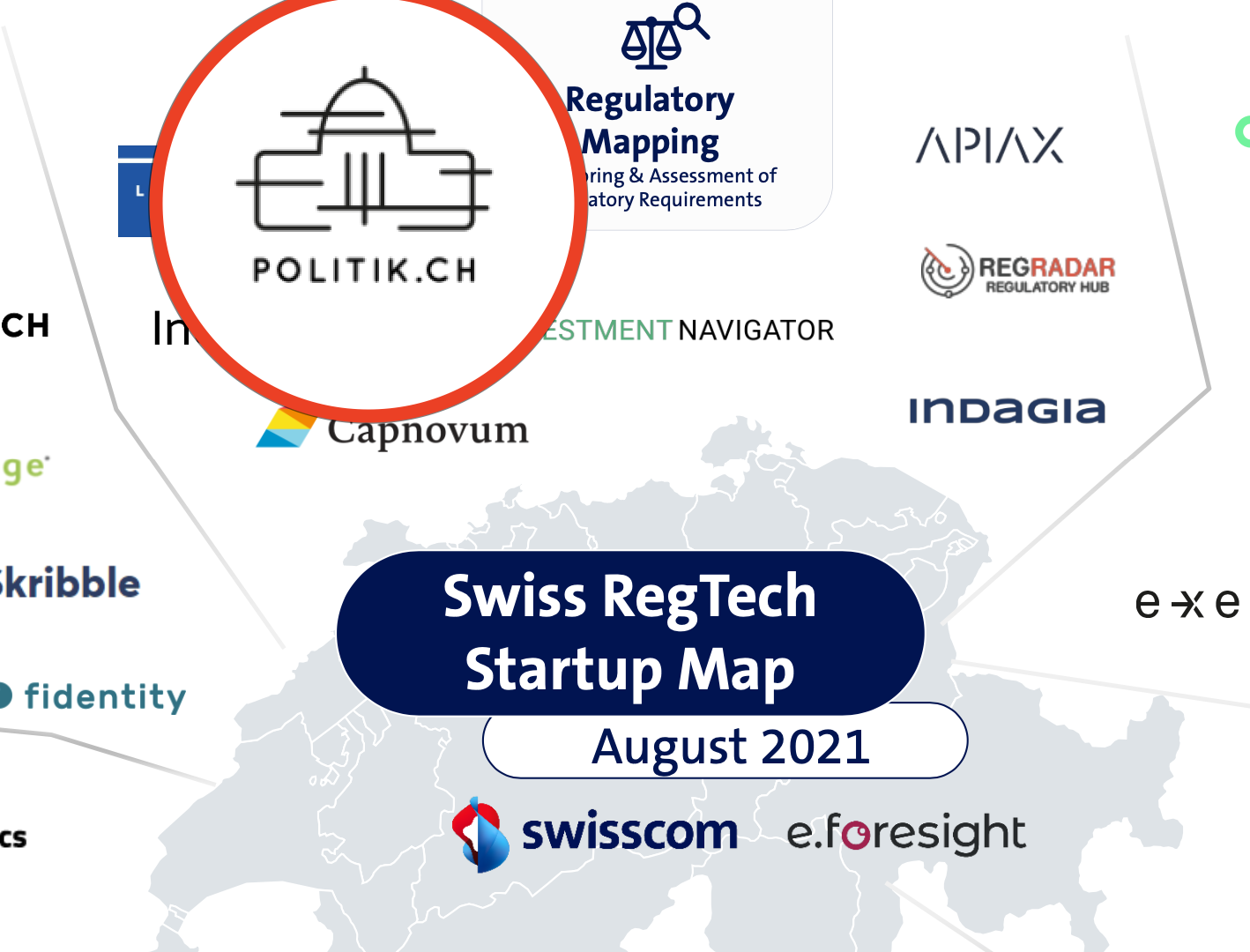 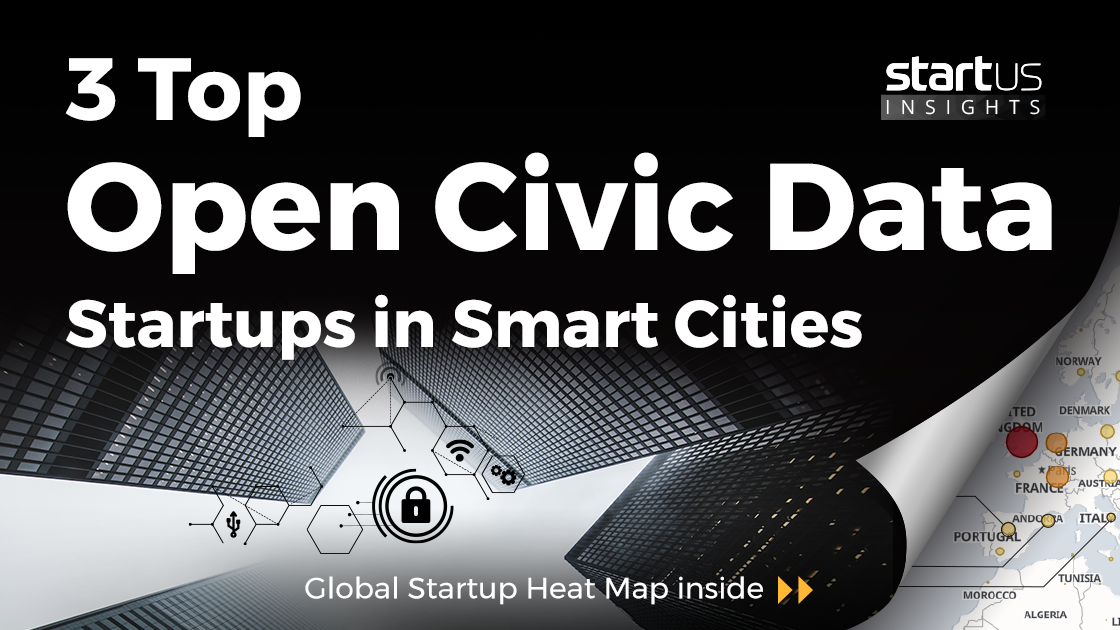